Our tea trees have arrived at the Plantation!

Nearly 850 camelia sinensis have just arrived here, straight from Italy where we went to choose and collect them on the shores of Lake Maggiore. The aim is to grow them in the open air to acclimatise them to a hectare of tea plantation in a few years.

It was in the heart of Piedmont, at Paolo's, that we went to select our tea bushes. This specialist in ornamental camellias cultivates 10 hectares, 2 of which are devoted to camelia sinensis (the scientific name of our beloved tea plant). With his expertise, Paolo was also able to give us precious advice, particularly on planting and reproduction... Constructive and useful exchanges since our objective is to succeed in planting 10,000 tea plants over the next few years (the chef took notes!). 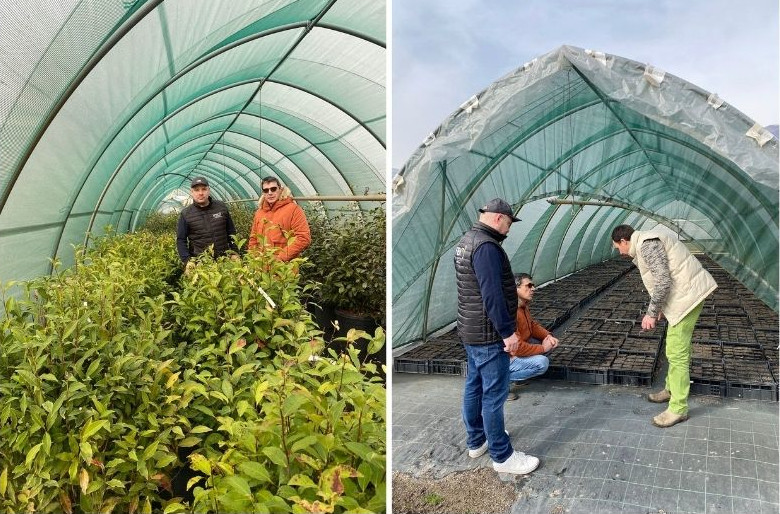 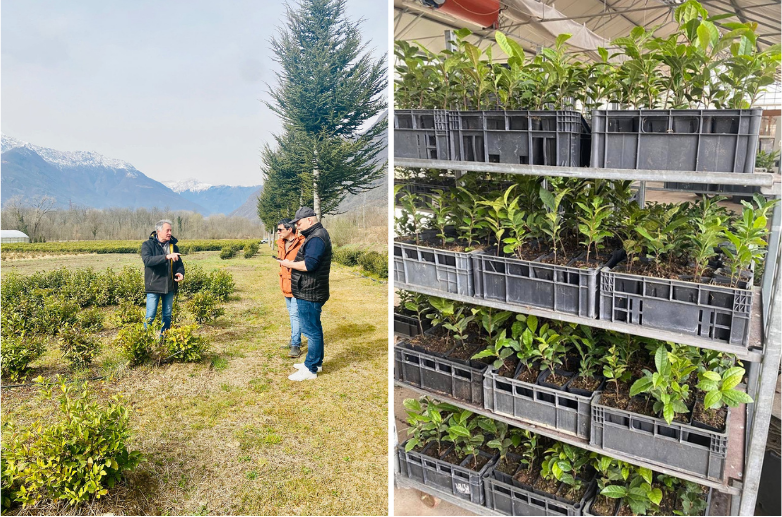 We had no complaints about the setting: the camelias in bloom, the landscapes of Lake Maggiore and the climate almost made us decide to stay a few days and delay our return! :-) 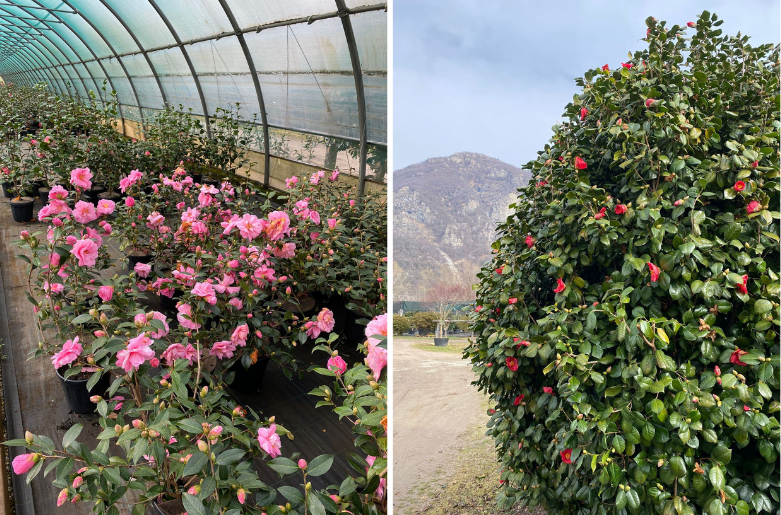 The selected Camellia ecotype originally comes from a mountainous region in Turkey where it freezes down to -10°C and the summers are quite hot, conditions that are actually quite similar to our climate in the Loire.

The plantation in Piedmont has so far given good results in terms of tea quality (especially for black tea, although the result is also very good for green tea)

These Italian tea bushes have also been used to winter frosts since they grow 40 km as the crow flies from the highest alpine mountains. 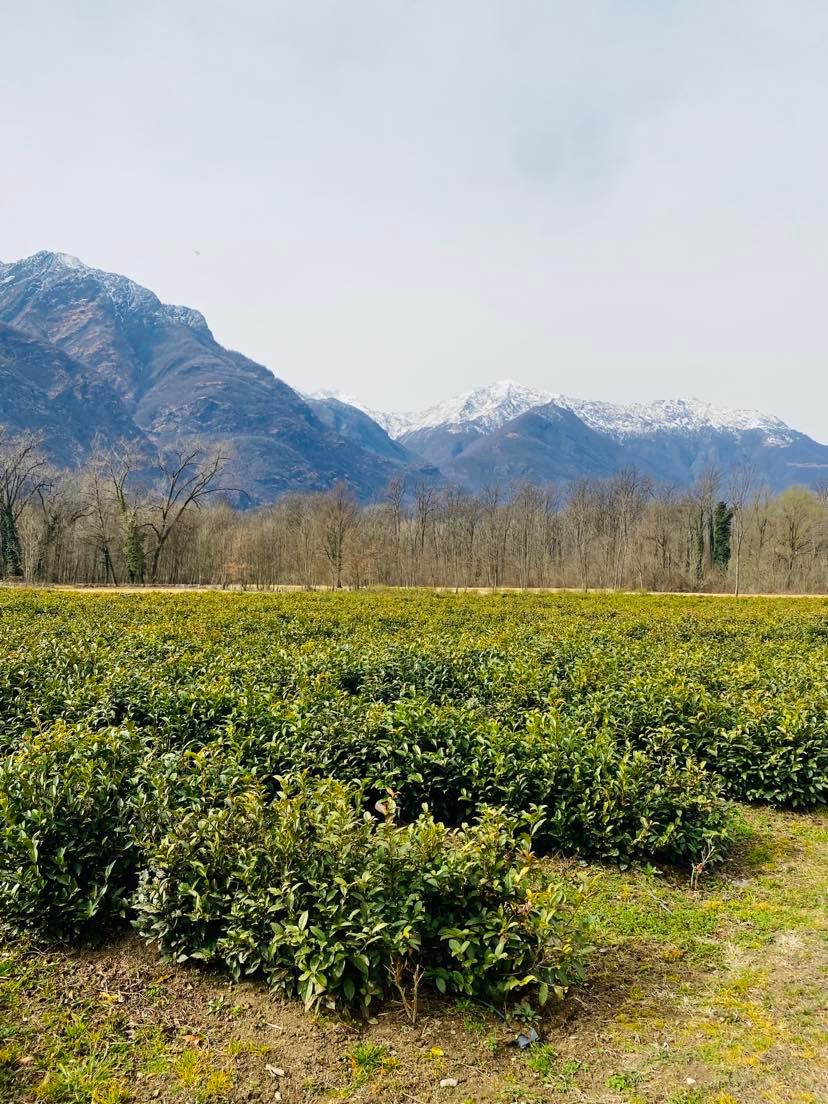 There are still some questions about their adaptation to a rapidly clayey subsoil, such as it may be in our country. However, this seems quite possible if we consider plantations with similar conditions in Asia, particularly in China (provided that the PH is slightly acidic).

The aim of our plantation is to acclimatise and therefore to plant the tea bushes in the open air and not in a greenhouse where it would be necessary to recreate a climate and rainfall worthy of South-East Asia, which would be totally counterproductive from an ecological point of view. 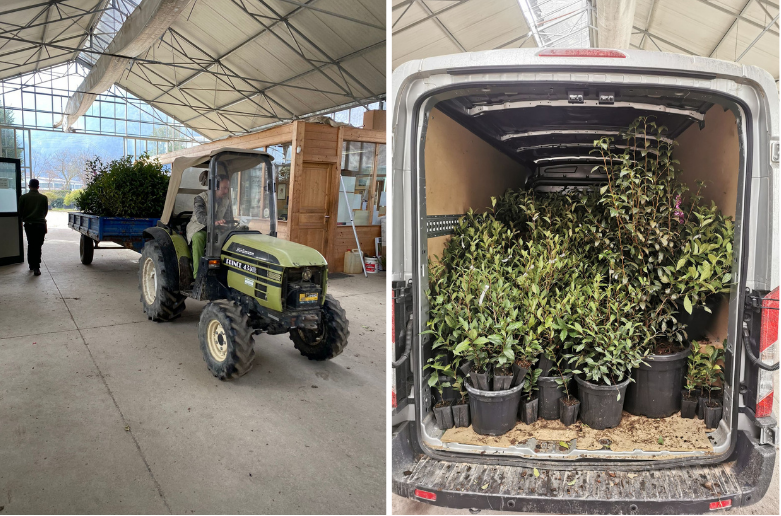 We have therefore brought back nearly 850 tea bushes to be planted in the coming weeks, with a breakdown by size:

Their installation will start next week. 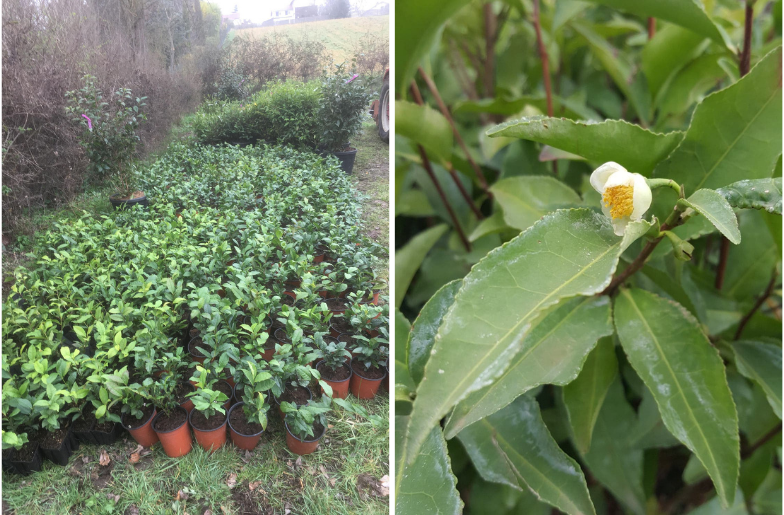 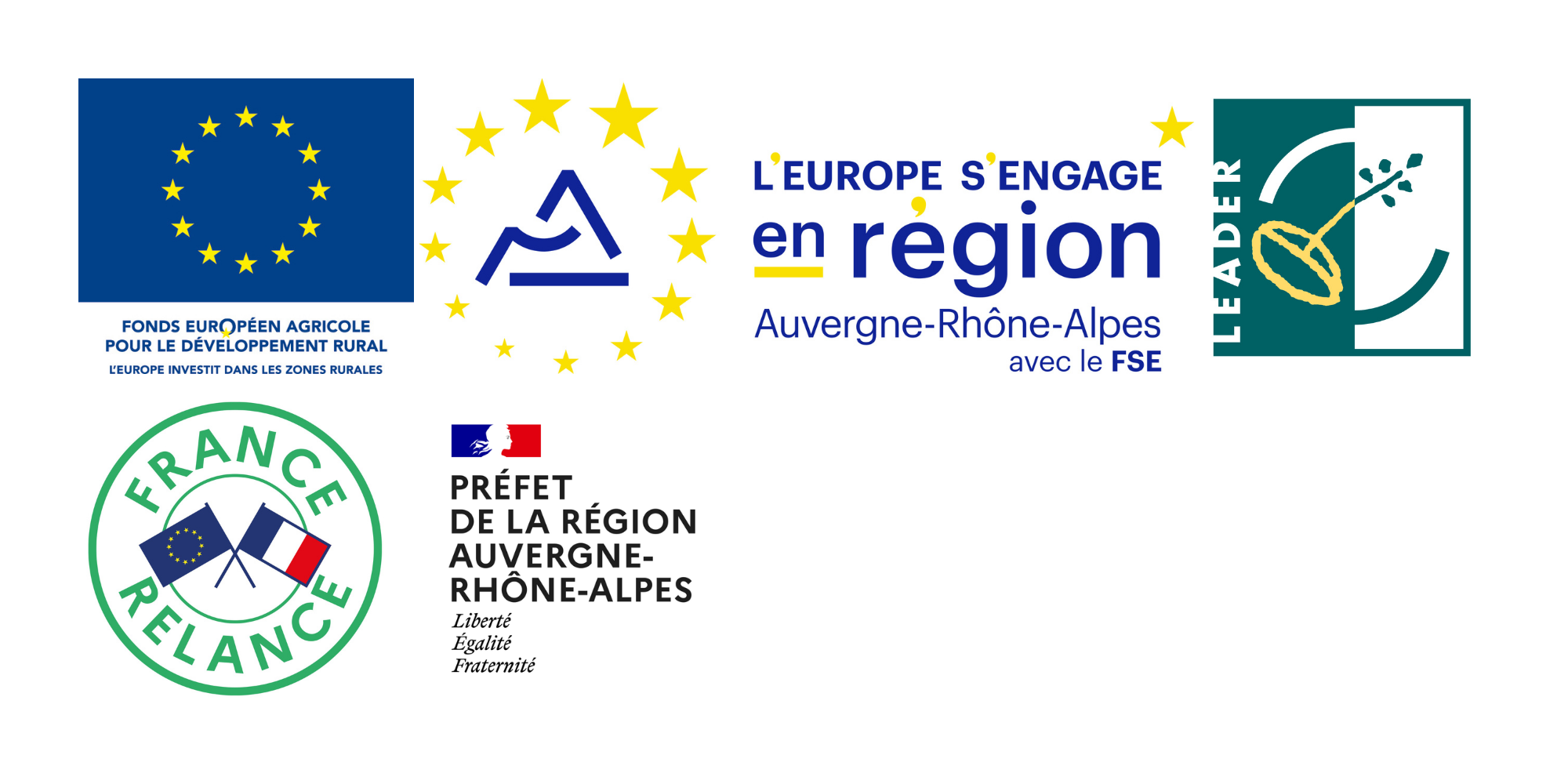